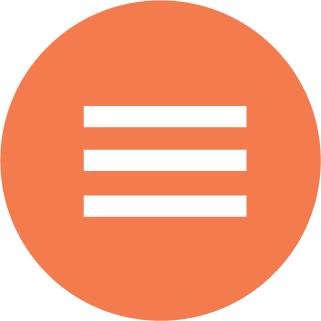 The United Nations Rules for the Treatment of Women Prisoners and Non-custodial Measures for Women Offenders (the Bangkok Rules),
adopted by the United Nations General Assembly on 21 December 2010, is the first international instrument which provides specific and detailed guidelines on responding to the gender specific needs of women in the criminal justice system, as well as of the children of such women. After the adoption, Thailand, along with many other countries, international organizations and criminal justice agencies working with women, place a strong emphasis on putting these Rules into practice.

The concept of the UN Bangkok Rules stands on the principle that women prisoners and offenders have a different profile of risks and needs from their male counterparts. As women prisoners are not the majority population in the criminal justice system throughout the world, correctional facilities as well as treatment programmes in prison in many countries are likely to be designed for male inmates. As a result, most correctional facilities do not effectively respond to gender sensitivity of women prisoners such as hygiene and health care, children with mothers in prison, etc.

The change in the composition of the prison population in the past decades has highlighted the shortcomings in almost all prison systems in meeting the gender-specific needs of women prisoners. With the increase of the female prisoner population worldwide, there is a need to bring more clarity to gender responsive treatment of women prisoners and ways in which their needs should be addressed in prison.

The implementation of the Bangkok Rules is regarded as an addition to the United Nations Standard Minimum Rules for the Treatment of Prisoners (SMRs) 1955 and United Nations Minimum Rules for Non-custodial Measures (Tokyo Rules) that would ensure that the treatment of women prisoners and non-custodial measures for women offenders is carried out with dignity and preserves their human rights as much as possible.

The Bangkok Rules primarily focuses on gender sensitive issues and the specific needs of women. The text was developed based on numerous research studies on the treatment of women prisoners in many countries, including a number of related international standards.1 In order to cover the issues of female offenders and the appropriate treatment of women prisoners, including opportunities for communities to be involved in rehabilitation, the Bangkok Rules are divided into four parts as follows:

Part 1 - Rules of General Application cover the general management of all categories of institutions involved with women deprived of their liberty, including criminal or civil cases, untried or convicted women prisoners, as well as women subject to security measures or corrective measures;

Part 2 - Rules Applicable to Special Categories relate to the classification and treatment of special categories of inmates; for example, inmates who have been victims of violence, pregnant inmates, and ethnic and racial minorities or indigenous inmates. This part is separated into two sub-sections, namely Section A: Prisoners under Sentence, and Section B: Prisoners under Arrest or Awaiting Trial. The Rules in Section A are equally applicable to prisoners dealt with under section B, provided they do not conflict with the rules governing that category of women and are for their benefit;

Part 3 - Non-custodial Sanctions and Measures apply to women offenders who have committed petty offences and whose physical condition makes imprisonment inappropriate or inadvisable. These women include young female offenders and pregnant women who are covered under Section 2 of the Rules from the time of investigation through to post-sentencing.

Part 4 - Research, Planning, Evaluation and Public Awareness aims to encourage research into the behavior of women that often lead to their becoming offenders. This may include the impact of imprisonment of their mother or both parents on the physical and psychological development of children. In addition, there needs to be activities that will reduce the possibility of repeated offences which is a part of rehabilitation. Knowledge of these activities should be made known to the public with the help of mass-media agencies.

Thailand and the Bangkok Rules

The road towards the inauguration of UN Bangkok Rules originated under the strong royal patronage and leadership of HRH Princess Bajrakitiyabha who has a keen interest in women and children involved in the Thai criminal justice system. Her desire to push forward the UN Bangkok Rules started when she visited female prisoners and children with mothers at the Central Women Correctional Institute in Bangkok in July 2001 and witnessed those women’s deprived lives behind bars. Her strong inspiration to help this specific group of women and children was carried out through various projects under the supervision of the Ministry of Justice of Thailand.

The Kamlangjai Project, literally translated from Thai as ‘inspire’, was the first project launched on the 31st October 2006. The project aims to provide moral support,basic healthcare, and opportunities for women prisoners in Thailand, both while serving sentences and after their release, with a view to returning them back to society as good citizens, minimizing their chance of re-offending, and raising public awareness about giving a second chance to female ex-offenders.

In 2008, Thailand presented the Kamlangjai Project at the 17th session of the Commission on Crime Prevention and Criminal Justice (CCPCJ) in Vienna; the level of support from various countries was encouraging. With the outstanding success of the existing Kamlangjai Project, the Ministry of Justice of Thailand launched another project, namely, Enhancing Lives of Female Inmates, also known as ‘ELFI’. The main task of ELFI is to augment the wisdom of what would later become the Bangkok Rules, by developing a set of rules specific to the treatment of women prisoners which aims to narrow the gap of negligence so that the specific needs of women prisoners can be appropriately addressed.
Ultimately, the successful establishment of both the Kamlangjai and the ELFI projects, coupled with HRH Princess’s willful determination and her lead support in the advancement for the livelihood of the women prisoners and offenders worldwide, the provision on the treatment of women prisoners was drafted by an international expert group and brought to UN’s consideration. Finally, the United Nations General Assembly at its 65th session adopted the United Nations Rules for the Treatment of Women Prisoners and Non-custodial Measures for Women Offenders in December 2010. The name ‘Bangkok Rules’ given was to honor Thailand which strongly reinforced the rules to the UN’s recognition.

A video introducing the “United Nations Rules for the Treatment of Women Prisoners and Non-custodial Measures for Women Offenders” or the “Bangkok Rules”, the first international standard which provides detailed guidelines as a response to the gender-specific needs of women prisoners as well as of children of imprisoned mothers. The Bangkok Rules represents a major paradigm shift in women’s corrections.

October 2006 - The Kamlangjai Project
The Kamlangjai Project (or the Inspire Project) was initiated by Her Royal Highness Princess Bajrakitiyabha Mahidol in 2006 to provide support to women prisoners in Thailand particularly pregnant women and children living with their mother in prison. The project aims at providing women prisoners with moral support, basic healthcare, as well as opportunities while serving sentences and after release. Piloted at the Central Women Correctional Institution in Thailand, the Project has continued to expand to institutions in various parts of the country. Its main goal is to give a helping hand to women prisoners as well as advocate for an open-minded and inclusive society.

To raise awareness about this issue, Thailand presented the principle and activities under the Inspire Project to the 17th session of the Commission on Crime Prevention and Criminal Justice in Vienna in 2008 and it was well received by the international community.

2008 - The Enhancing Lives of Female Inmates Project (ELFI)
After the success of the Inspire Project at the domestic level, the Ministry of Justice of Thailand initiated the Enhancing Lives of Female Inmates Project (ELFI) in 2008 to internationally advocate and lobby for a worldwide policy change regarding treatments of women prisoners. The ELFI Project aimed to propose supplementary rules to the 1955 UN Standard Minimum Rules on the Treatment of Prisoners (SMR), particularly on the issues of women prisoners and their specific needs as well as the use of non-custodial measures for women offenders as the extension of the 1990 UN Standard Minimum Rules for Non-custodial Measures (The Tokyo Rules).

To raise awareness about the issues related to women prisoners and seek international support for the global policy change, the ELFI idea was presented at several international forums such as the 12th Asia Crime Prevention Foundation’s World Conference on Crime Prevention and Criminal Justice in Ulaanbaatar, Mongolia, the 10th Annual Conference of the International Corrections and Prisons Association (ICPA) in Prague, Czech Republic, and the 2009 American Society of Criminology Conference in Pennsylvania, USA.

Following the Meeting, Thailand made presentations to several Regional Preparatory Meetings for the 12th UN Congress on Crime Prevention and Criminal Justice to expand support of the initiative including the Latin and Caribbean meeting in May, 2009; the Western Asian meeting in June, 2009; the Asian and Pacific meeting in July, 2009; and the African meeting in September, 2009.

November 2009 - Intergovernmental Expert Group Meeting to review and finalize the Draft Rules
Following UN protocol, Thailand then hosted the Open-ended Intergovernmental Expert Group Meeting from 23-26 November 2009 in Bangkok, representing over 25 countries to closely review the draft United Nations rules on the treatment of women prisoners and non-custodial measures for women offenders. After comprehensive discussion and careful consideration, the meeting finally reached the agreement on the final text of the draft rules comprising 70 provisions under 4 areas namely: General Application, Special Categories, Non-Custodial Measures, and Research, Planning, Evaluation, Public awareness-raising. The agreed draft rules represented a culmination of best policies and practices on women prisoners that had been developed in various countries and by many international organizations with the belief that this is a sustainable guarantee for women prisoners around the world.

“We welcome the draft United Nations rules for the treatment of women prisoners and non-custodial measures for women offenders. Taking note of the outcome and the recommendations of the meeting of the expert group to develop supplementary rules specific to the treatment of women in detention and in custodial and non-custodial settings, we recommend that the Commission on Crime Prevention and Criminal Justice consider them as a matter of priority for appropriate action.” (Paragraph 50 of the Salvador Declaration)

July 2010 – The United Nations Economic and Social Council (ECOSOC)
In 2010, the United Nations Economic and Social Council (ECOSOC) held its annual conference between 28 June – 22 July in New York. The General Segment of the ECOSOC took place from 16 – 22 July to consider the work of its functional commissions including the conference report from 19th session of the Commission on Crime Prevention and Criminal Justice (CCPCJ) which contained the various agreed resolutions. Among these was the “United Nations rules for the treatment of women prisoners and non-custodial measures for women offenders (the Bangkok Rules)”. ECOSOC accepted the resolution on 22 July, 2010 and recommended that the resolution be considered for adoption by the upcoming 65th Session of the General Assembly. 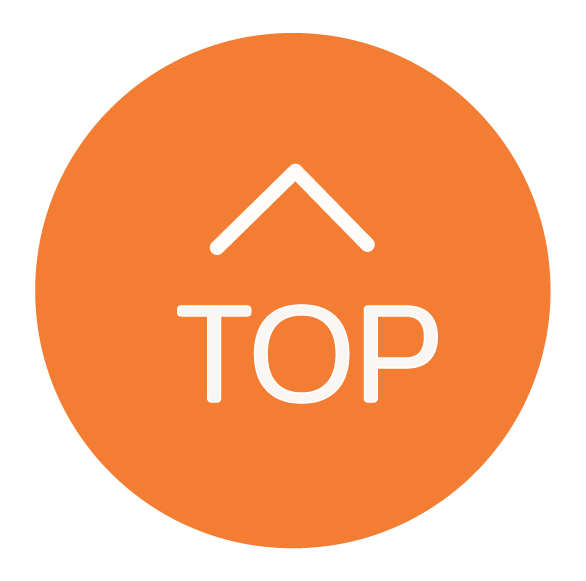